A catchy melody and a powerful rhythm! The Pops Ensemble, a group of true live performance artists, brings audiences a new genre of fusion music.

The Pops Ensemble, with its new fusion rhythms, was founded as the Gyeonggi-do Pops Orchestra Rhythm Ensemble in 1999, and was restructured into the Gyeonggi Pops Ensemble in 2010. The ensemble presents new music based on Western pop and traditional Korean tunes, creating a new genre for a new generation, to the delight of thousands of audiences in Korea and beyond.

With its catchy rhythms and abundance of passion, the Pops Ensemble is loved by many, and its performances are enjoyed by people of all ages, genders, and backgrounds from all over the world, providing an avenue for cultural exchange. The group’s fusion music, combining Korean traditional and Western music, is particularly popular and has received rave reviews, earning the group invitations to perform its unique form of music in places outside of Gyeonggi-do. This has allowed the ensemble to introduce people from other countries to Korean melodies through cultural exchanges that are loved by audiences.

There are no performances. 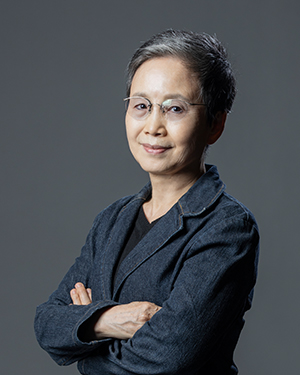 Music Director, Massimo Zanetti
Massimo Zanetti maintains a high-profile international career in the world’s leading opera houses and concert halls. He is Music Director of the Gyeonggi Philharmonic Orchestra - one of the major symphonic orchestras in the Asian region - a position he has held since September 2018. His tenure has been characterised by significant success from both the audience and the press, putting the Gyeonggi Philharmonic under the international spotlight. Besides his busy schedule of symphonic commitments in South Korea, highlights of forthcoming months include a return to Teatro alla Scala Milan conducting the annual Gala Academy Concert, symphonic concerts with the Teatro Lirico di Cagliari and at the Mikhailovsky Theater in St Petersburg. On the operatic front, future highlights include a production of Mozart’s Don Giovanni at the Seoul Metropolitan Opera and a new production of Puccini’s Madama Butterfly at the Sydney Opera House. In the 2019/20 season, Massimo Zanetti will continue his long cooperation with the Berlin Staatsoper conducting three different productions.
Recent season highlights include Bizet’s Carmen and Rossini’s The Barber of Seville at Teatro all Scala Milan, Verdi’s Traviata at the Berlin Staatsoper, Donizetti’s Don Pasquale at Beijing’s NCPA and highly acclaimed productions of Verdi’s I Due Foscari and Simon Boccanegra at Barcelona’s Gran Teatre del Liceu. On the symphonic side, he’s conducted the Mozarteum Orchestra Salzburg, Royal Stockholm Philharmonic and the Brucknerorchester Linz as well as the Radio Symphony Orchestra Berlin with Sonya Yoncheva at the Philharmonie Berlin, concerts at the Komische Oper Berlin with Mischa Maisky and Yomiuri Symphony Orchestra at Suntory Hall. He also opened the Moscow’s celebrated Rostropovich Festival with the Russian National Orchestra. Zanetti has continued his long cooperation with the Dresden Semperoper and the Bavarian State Opera.
Zanetti held the Music Director position at the Flemish Opera from 1999–2002, leading highly-acclaimed productions of a wide range of titles including Salome and Pelléas et Melisande, in addition to numerous symphonic concerts as part of the house’s orchestral season. In past seasons, he has cooperated with the Chicago Lyric Opera, Royal Opera House (Covent Garden), Paris Opéra, Teatro del Maggio Musicale Fiorentino, Rome Opera, Bologna Opera, Turin Opera, San Francisco Opera, San Diego Opera, Royal Swedish Opera, Teatro Real de Madrid, ABAO Bilbao, Cagliari Opera and Opera de Wallonie among many others.As a symphonic conductor, Massimo Zanetti has worked with the Czech Philharmonic, Weimar Staatskapelle, Konzerthausorchester Berlin, Mozarteumorchester Salzburg, Wiener Symphoniker, Royal Stockholm Philharmonic, Orchestre Philharmonique de Radio France, CBSO, Manchester Hallé Orchestra, Finnish and Swedish Radio Symphony Orchestras and the New Zealand Symphony. In Asia, he developed a close relationship with the NHK Symphony Tokyo, as well as with the China Philharmonic and Guangzhou Symphony Orchestra. Massimo Zanetti’s impressive discography includes The Verdi Album with Sonya Yoncheva and the Munich Rundfunk Orchestra (Sony Classical, 2018), Verdi’s Simon Boccanegra with the Vienna Symphony Orchestra (Decca, 2013), Rigolettoand I Vespri Siciliani as part of the ‘Tutto Verdi’ project with Teatro Regio di Parma (Unitel Classica, 2008 and 2010). He has also recorded Flavio Testi’s Saül with the Orchestre Philharmonique de Radio France (Naïve, 2004).